Staff Book of the Week 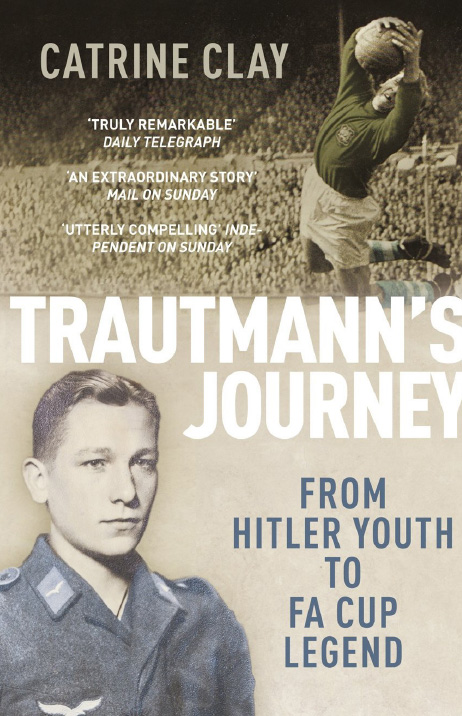 When and where did you read this book?
I read this book one summer a year or two ago during the school holidays. I was at home before going on holiday and I remember it raining a lot!

Who or what introduced you to this book?
A friend of mine is a big Manchester City supporter and he recommended it to me. He knew I’d be interested because I like football.

Can you give a brief outline of the book?
It’s about a man called Bert Trautmann. He was a German soldier captured by the British and brought back to a prisoner of war camp close to Liverpool. He was scared and nervous about being sent over to England. He was amazed by how friendly the local people were and how welcome the Germans were, even though they had been soldiers fighting against the British. He loved it here so much he stayed after the war. The German prisoners actually had a football team that played in the local league! He was spotted and signed by St. Helens Town after a while he signed for Manchester City. He is most famous for breaking his neck in the FA Cup Final and playing on to win the cup. He never returned to Germany.

What made you choose this as your favourite book?
I had seen the film of the FA Cup final but was interested in the story. Once I started the book I couldn’t but it down.

Are there any other books by the author you would recommend?
No. It was written as a biography so it was the subject of the story I was interested in and not the author.

What other books did you consider before choosing this one?
I like lots of different types of books but this one really stands out to me. I remember it clearly even after a few years. It has recently been made into a film called “The Keeper.” The film is excellent but as usual the book was better!

What book(s) are you currently reading?
I’ve been reading some Alex Gray crime thrillers. They are set in Glasgow, a city I know well, so I really enjoy the stories.